Do You Understand Clergy Tax Preparation?

Just finished seminary and are planning to become a minister? Taxes may have you scratching your head in disbelief. Or maybe you’re already one looking for information. Clergy taxes terms, dual tax status and clergy self employment tax may have you confused.

Stick with us, and we’ll explain the various rules that the IRS has set for ordained ministers. Some of these have to do with how your income is taxed, tax free parsonage allowance, claiming an exemption from the self employment tax, and where and how to report your deductions and income.

Taxation of a minister’s income

When we mentioned dual status above, here is what it means. For federal income tax, a minister is an employee, but for FICA and Medicare taxes, he is self employed. You see now how confusing this can be for many who do clergy tax preparation.

If you’re an ordained minister at a church, you would be issued a Form W-2. The church is allowed to withhold federal and state income taxes, but not FICA or Medicare. For those 2 taxes, you are considered self employed, and are expected to make estimated taxes to pay them.

First, and foremost, if you are a minister, you must be ordained, licensed, or commissioned by a bona fide church. A church denomination can also ordain you.. You also must have authority to hold religious worship services, perform sacerdotal functions, as well as administering sacraments and ordinances.

These same requirements apply if you are a Christian Science reader or practitioner. Your salary/income earned from those services are generally considered to be self employment earnings. However, there is one very significant exception to these rules, that applies only to a minister taxes.

Can a minister exempt himself from clergy self employment tax?

Simple answer…sure, but read on. The IRS says that you may be exempt if you are conscientiously opposed to public insurance. It may be your own religious considerations, or the denomination that you are a member of.  If the denomination opposes due to their own principles, you can apply for exemption. The exemption would exempt you from paying clergy taxes for FICA and Medicare.

You do this by completing Form 4631 and sending it to the IRS. This form must be filed with the IRS by the due date of your income tax return for the second year after earning at least $400 in self employment earnings. I found a good site for ministers to get answers to their questions.

If the IRS approves your request for exemption, you don’t have to pay Social Security or Medicare taxes on your earnings. By the same token though, you also don’t qualify for Social Security benefits or some parts of Medicare when you retire. Like any other government program, there are ways around these little obstacles.

All one has to do is to get a secular job and pay in Social Security and Medicare for the required quarters, and then your problem is solved. Government employees and postal service employees have been doing this for many years. This is part of the double dipping of clergy tax preparation.

If you claim and are approved for the exemption, it’s irrevocable for life. What you can do is to take the money that you would have been paying into FICA and Medicare and use it to fund a retirement account.

An ordained minister is permitted to exclude from his income a housing allowance or a rental allowance that is included as payment for his services. If the church provides a home (parsonage) for him, he can deduct the fair rental value of that home. A better term for deduct, is reclassify.

In the case of providing a parsonage, the minister can exclude this allowance from his taxable income, provided it doesn’t represent excessive payment for his services, or doesn’t exceed the fair rental value of the home. This includes home furnishings and utilities too.

An example showing how this works is as follows: Rev. John Smith is an ordained and full time minister of a local church. His total salary package is $75,000 and the church provides a home that has a fair rental value of $18,000. The church also has designated $6,000 of his package as the cost of utilities, and the entire amount was spent.

For income tax purposes, Rev. Smith reclassifies $24,000 of his package as housing allowance.( $18,000 as fair rental value and $6,000 for utilities.) On his annual Form W-2, taxable income for federal and state purposes is $51,000. However, when he calculates his self employment tax on Schedule SE, the amount taxable there is $93,000.

Where to report ministerial income when doing clergy tax preparation

Reporting your various types of income as a minister can be confusing at times. From your Form W-2. enter the wages amount on your 1040 as wages paid. The tax program will carry a minister’s wages to form SE to calculate self employment tax. The amount that you claimed for housing allowance, you should enter on Schedule SE on the appropriate line.

Any money you received from offerings, performing weddings or funerals, and any other similar type, should be entered on Schedule C, profit or loss from business. If you have any expenses that were incurred for the Schedule C income would be entered there as an expense.

Other business expenses related to your wages would have been entered on Schedule A prior to 2018, but the Tax Cuts and Jobs Act that took effect on January 1, 2018, eliminated the category for miscellaneous deductions as well as employee business expenses, including the home office deduction. Who said clergy tax was simple?

There are a couple of deductions that are sometimes missed by ministers when filing their own taxes. The first one is the deduction for 50% of self employment taxes paid, and is deducted as an adjustment from gross income.

The second one is for medical insurance cost, and it is a tricky one. Self employed individuals can deduct 100% of the cost of their health insurance, not to exceed the net profit as shown on Schedule C or Schedule F for a farmer.

However, if the minister files a Schedule C where he reports fees and other types of Honoria as self employment income, the net profit of that may qualify for a partial deduction of health insurance. (Remember my comments earlier in this article about a minister having dual status?)

No need to worry about this with our EZ Online Taxes program. We’ll ask you a series of interview type questions, and based on your answers, will take care of this for you, and so much more. Visit our program here and take the stress out of clergy tax preparation. 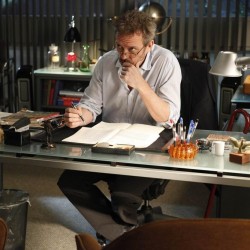 Your comments are much appreciated... Cancel reply